Effects of high temperatures on the skin 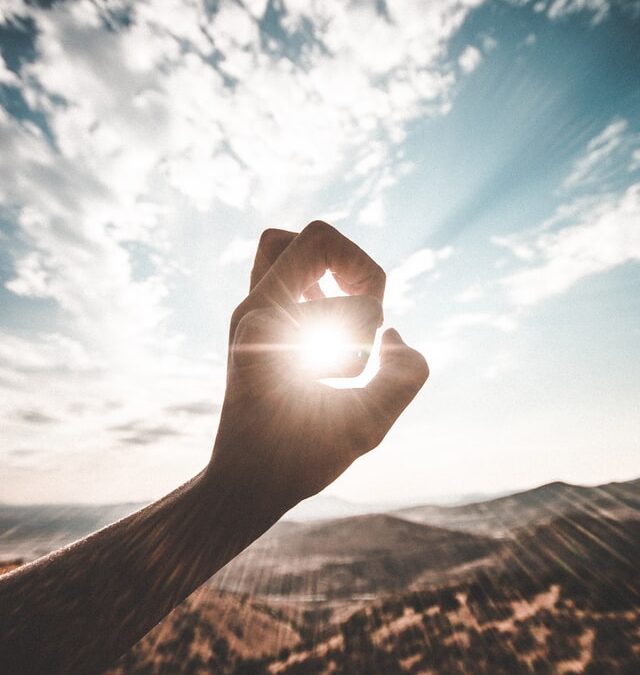 In summer, especially in periods of heat wave, it is important to stay hydrated and protect yourself from the sun avoiding the effects of high temperatures on our body.

The human body functions optimally between 36 and 37.5 degrees Celsius. But what happens when the body temperature exceeds these limits? How are temperature changes detected?

How the skin detects changes in temperature

External temperature changes are detected in the skin thanks to sensory neurons. These neurons are part of the peripheral nervous system and are classified according to the type of stimulus they detect; in this video you can learn about the different types of sensory neurons that can be found in the skin:

In addition to the different temperatures, these TRP channels are known to be the receptors of different molecules that are part of some cosmetic formulations such as mustard oil (TRPA1), menthol (TRPM8) and capsaicin (TRPV1). 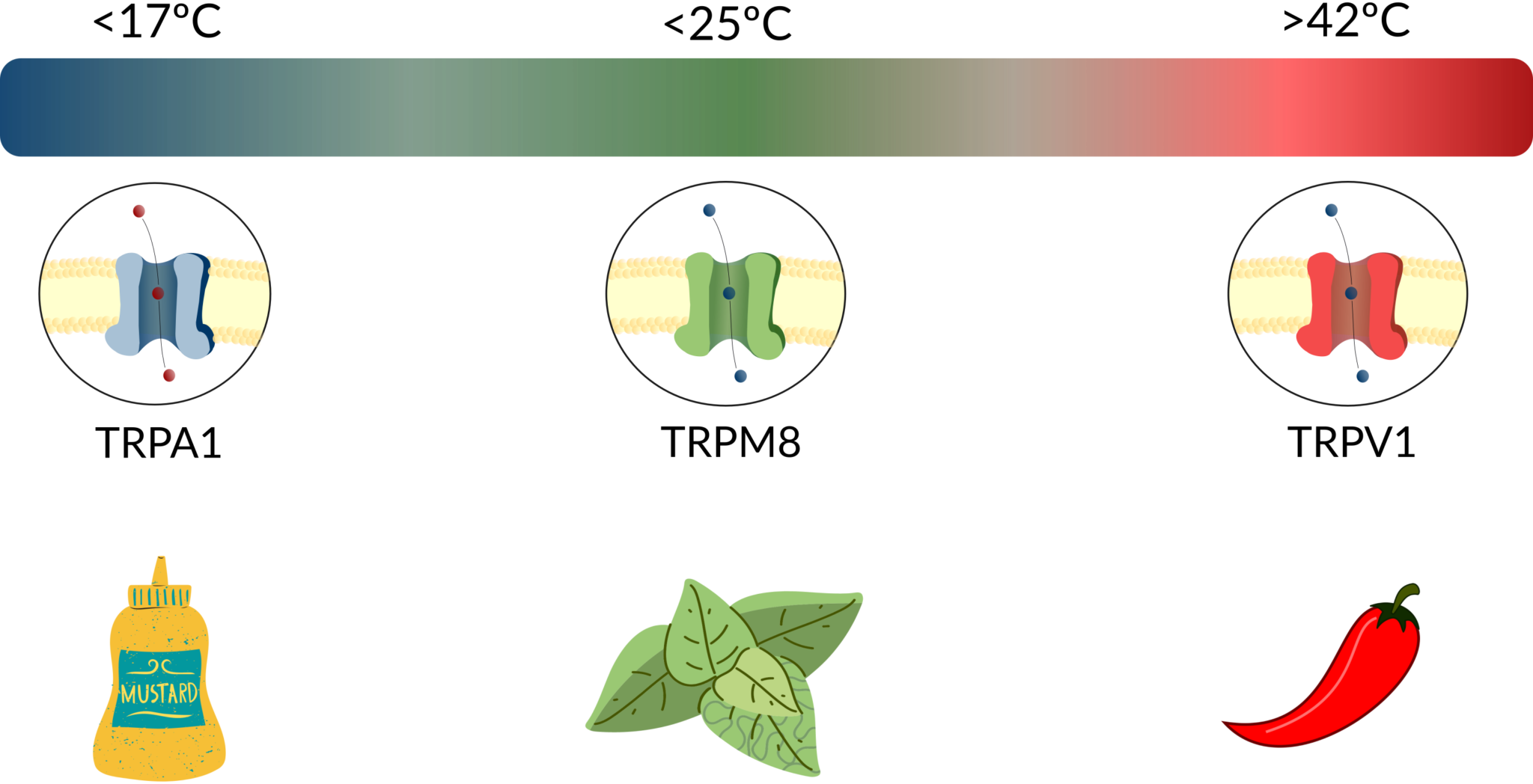 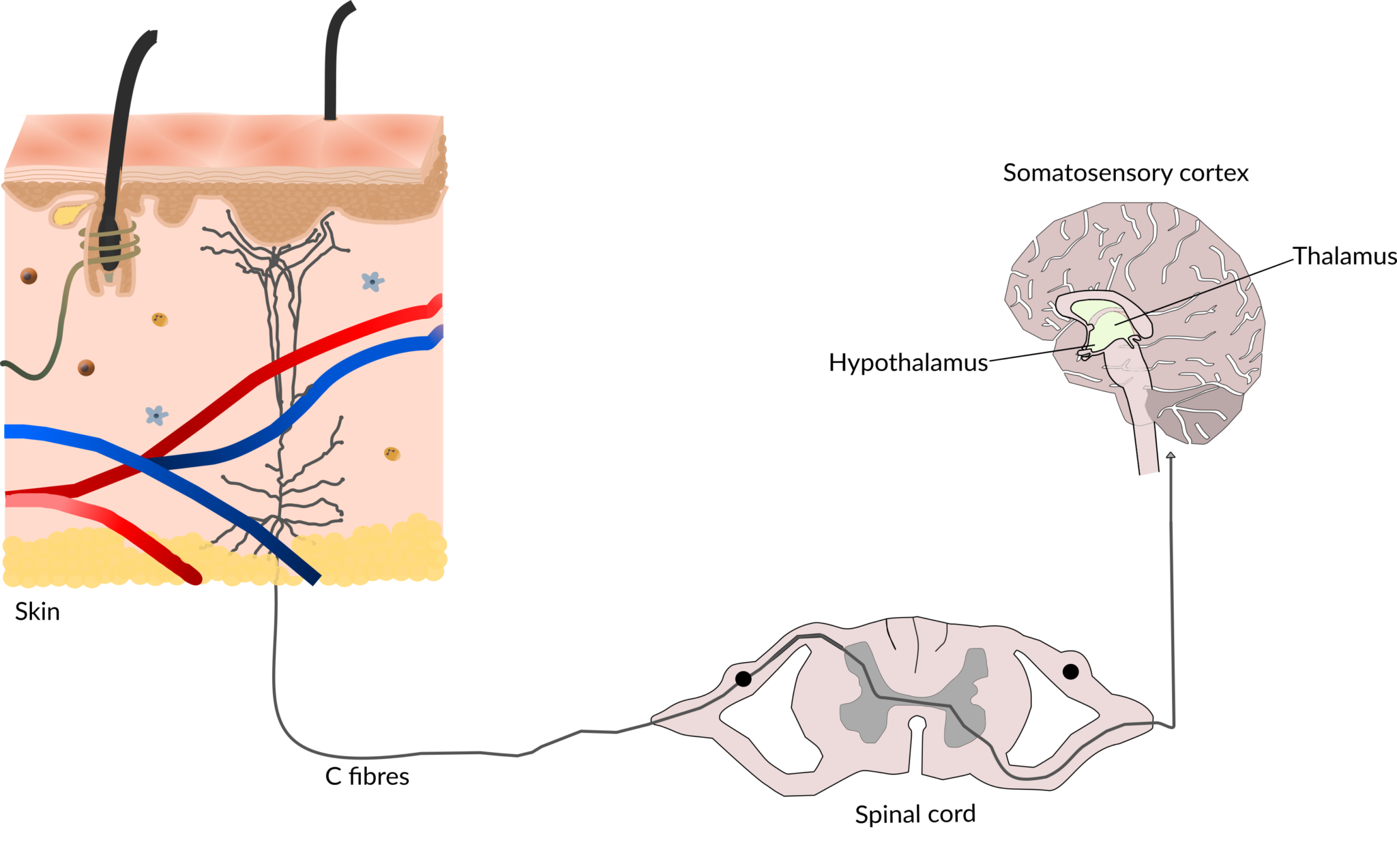 Effects of heat on the skin

As temperatures rise, the body releases heat through sweating. In addition, it increases the heart rate and respiratory rate.

Loss of minerals with sweating

The higher the temperature, the greater the sweating. This process allows thermoregulation of the body through the sweat glands present in the skin [3].

With sweating, mineral salts are lost that can be replaced through the diet, mainly sodium and magnesium. Sodium plays an important role in the homeostasis of the body since it is responsible for water retention and therefore the balance of electrolytes.

Regarding magnesium, its deficiency induces an inflammatory response that results in the activation of leukocytes and macrophages, the release of inflammatory cytokines. In addition to an excessive production of free radicals [5]. Inflammation and oxidative stress influence the skin causing early aging in a process called inflammaging, which we already talked about in a previous post.

The hydration of the skin depends on several elements. In general, for the skin to be considered hydrated it must contain between 10 and 20% of transepidermal water. When these levels drop, dehydrated skin appears dull, rough, tight, and lacks flexibility. It can also produce a feeling of tightness and show dehydration scales and streaks [6].

Among the elements that maintain skin hydration we find:

Protect yourself from heat

Sun protection is essential when we expose our skin to avoid burns and the effects of solar radiation on the skin. But we must also ensure proper hydration that prevents transepidermal water loss.

For this, we can use different cosmetic preparations, generally aqueous phase emulsions that release water towards the stratum corneum. But it is also possible to use oil phase preparations that form an occlusive film that delays transepidermal water loss [6].

These preparations may contain:

In any case, the important thing to protect the skin from high temperatures is to keep it hydrated and protected from the effects of the sun and heat.