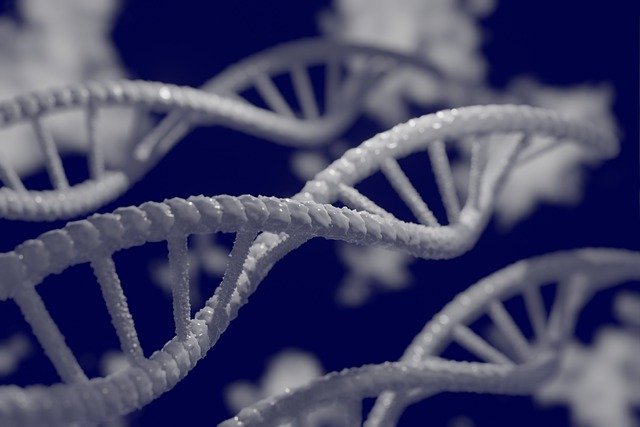 Some reports have demonstrated that there is a genetic predispositions linked to atopic dermatitis development.

The most common genetic factors associated with atopic dermatitis are the mutations found within the filaggrin gene. Filaggrin is a protein necessary to maintain epidermal hydration and skin pH. Thus, the mutations in filaggrin gene lead to a protein deficiency that disrupts barrier function and, as a consequence, an increase in skin permeability to irritants and allergens.

Mutations in filaggrin gene suggest that a breakdown in the skin barrier could be the first step in the development of the disease. But it is not the only one, there are other genes that might contribute to immune abnormalities, these ones are related to innate immune signalling, especially those related to T cell activation and TH2 cell differentiation [1].

Genetic predisposition to atopic dermatitis development are mainly linked to barrier function and immune system genes. In detail, in a study performed with 81 genes studied, 46 had at least one positive association to atopic dermatitis. Of these 46 genes, 13 (FLG, IL4, IL4RA, SPINK5, CMA1, IL13, RANTES, CD14, DEFB1, GSTP1, IL18, NOD1, TIM1) were positively associated in at least one other independent study with the gene encoding filaggrin. The genes identified encode for proteins predominantly involved in skin barrier function as well as innate and adaptive immune responses [2].

Is atopic dermatitis only developed due to genetic mutations?

Mutations in genes related to barrier function and immune cells increase the probability of developing atopic dermatitis. However, they are not the only factors determining the initiation of this skin condition.

There are other environmental factors that play a key role in the development of atopic dermatitis and the initiation of outbreaks. 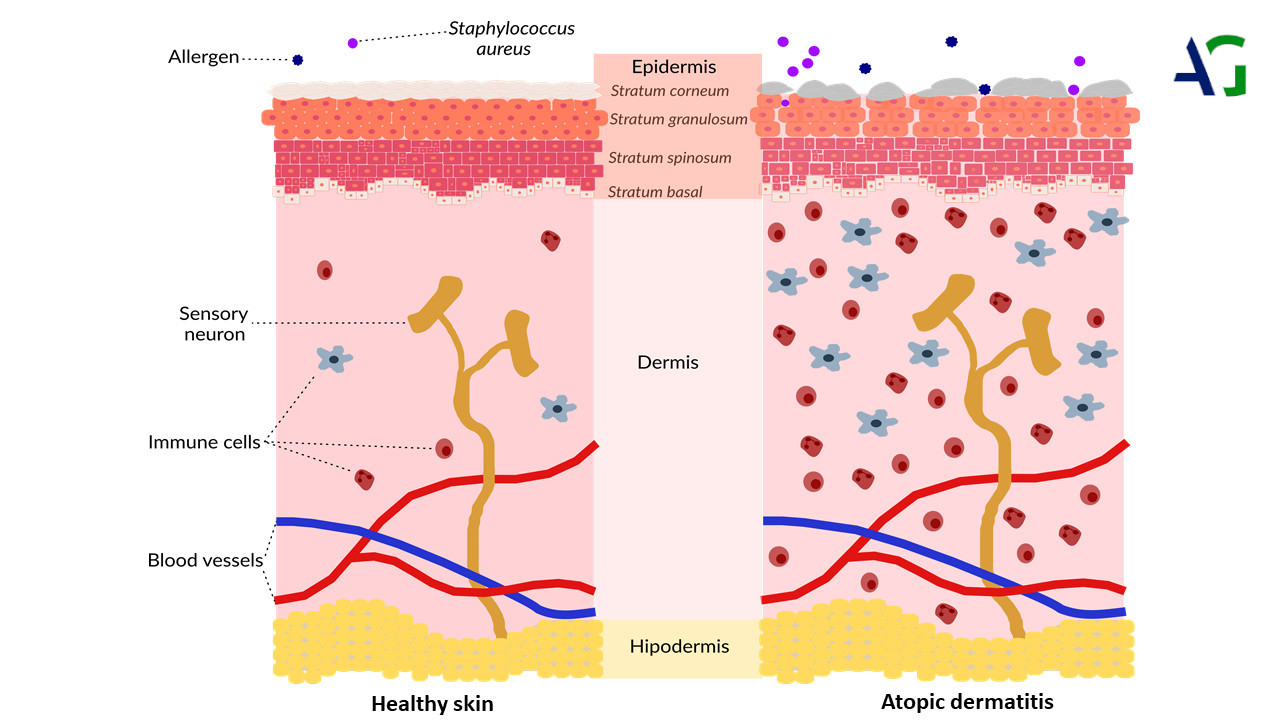 These environmental factors include some detergents, air pollutants and microorganisms.

Detergents and surfactants can damage the skin barrier producing an increased transepidermal water lost (TEWL) and produce irritation due to the release of pro-inflammatory cytokines that alter the expression of key markers that affect skin pH, markers of differentiation and degradatory enzymes of the stratum corneum. The impairment of skin barrier produced by the exposure to surfactants can be increased by high calcium levels and/or chlorine present in hard water, due to increased surfactants deposits on skin surface. In this sense, the use of mildest surfactants at the lowest concentrations in formulations with emollient ingredients could reduce the chance that they will damage the skin barrier [4].

Particulate matter in air pollution induces inflammation and correlates positively with the prevalence and exacerbation of atopic dermatitis. The main cause of this inflammation has been identified as polycyclic aromatic hydrocarbons (PAHs), they easily penetrate into the stratum corneum, and are retain in a long-term in the skin. There is a direct mechanism proposed that links air pollutants and atopic dermatitis development through skin hyper-innervation and itch [5].

House dust mites can induce inflammatory responses mediated by Immunoglobulin E (IgE), including cysteine and serine proteases that cleave adhesion proteins. The level of IgE specific for house dust mite allergens correlates with the severity of atopic dermatitis and with a defective skin barrier. In a similar way, Staphilococcus aureus has been implicated in the severity of atopic dermatitis directly damaging skin barrier proteinases that fracture skin junctions [4].

The disturbances in barrier function due to atopic dermatitis increase the frequency and severity of bacterial, as we have previously seen for Staphilococcus aureus, and viral infections.

These infections affect skin inflammation and dermatitis severity. In fact, atopic skin flares are associated to an increase in S. aureus and a decrease in microbiota diversity [6]. S. aureus induces the expression of IL-4/IL-13 and IL-22 cytokines, what affects skin inflammation. 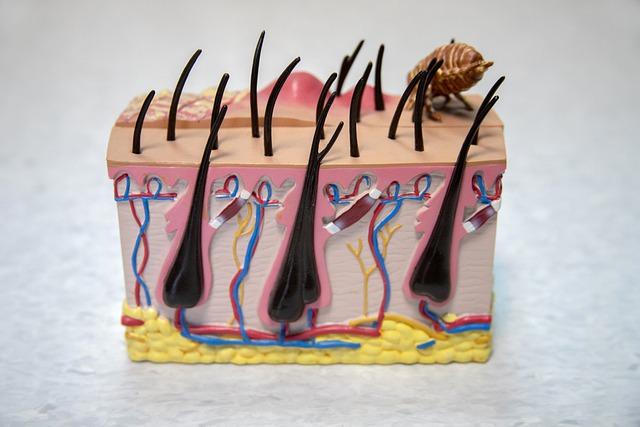 Image by Mirko Sajkov from Pixabay

Although the incidence of atopic dermatitis increases depending on the genetic mutations found in key genes. It is important to mention that a correct skin hygiene may be a good strategy to delay the appearance of new outbreaks.

The strategy required to minimize recurrence varies depending on the individual and the frequency, severity, and sites of disease. However, as a general rule it is convenient to use moisturizers to improve skin hydration and to address the negative effects of epidermal barrier dysfunction. Two studies have shown that daily moisturizer use can lengthen the time to first flare, compared to no treatment [7].

In some cases, when the eczema is present, this strategy may be accompanied with anti-inflammatory treatment, topical corticosteroids or topical calcineurin inhibitors. If this is the case, the best option is to ask a dermatologist for the best treatment.