Take care of your scalp to improve your hair 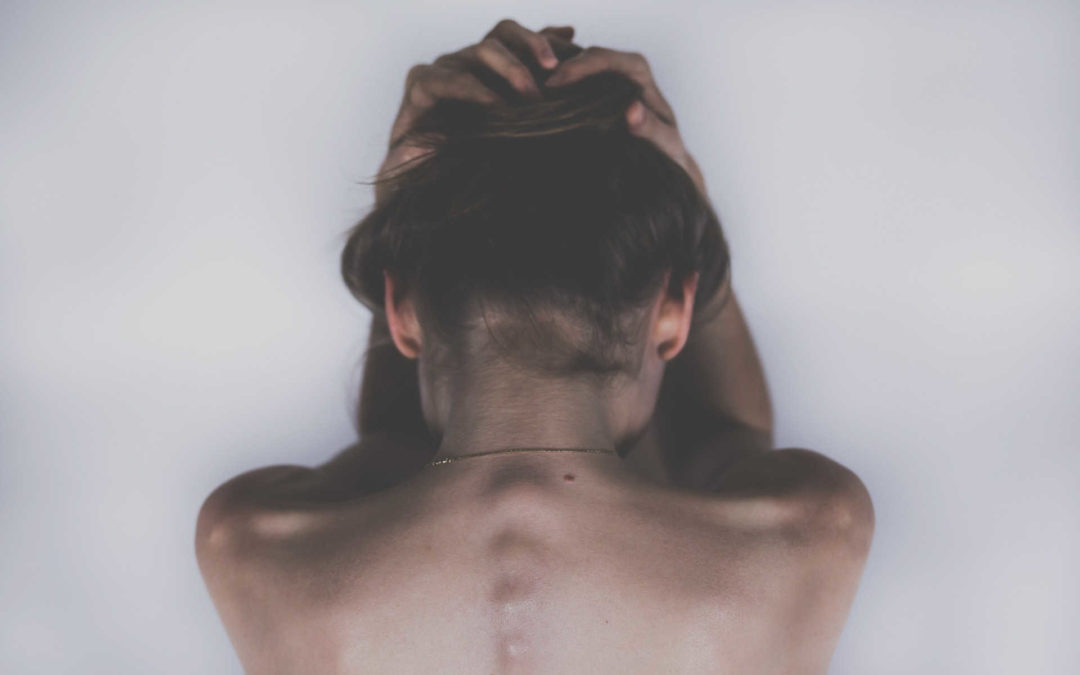 Image by StockSnap from Pixabay

When talking about hair hygiene, it should be mantioned that we do not talk just about the care and hygiene of the hair, it also includes the scalp. Hair follicles emerge from scalp and is where the hair is born.

The scalp skin is different

Tlike the rest of the skin, scalp is innervated by sensory neurons. However, it has more sebaceous glands and hair follicles. Another distinctive feature of the scalp is the different composition of its microbiota (1). Specifically, the Malassezia fungus and the bacteria Propiobacterium and Staphylococcus, are the most abundant microorganisms in the scalp. In fact, the abundance of some Malassezia species with respect to others, is indicative of altered skin conditions such as dandruff or excess sebum production (2).

How to remove dandruff

What is and how dandruff is formed

Dandruff is formed by scalp flaking, and it comes in different types. The most common forms are dry dandruff and oily dandruff. The first is due to poor hydration of the scalp, and altered skin conditions such as psoriasis of the scalp, skin irritated by the sun or by unsuitable products for hair care. As a result, the scalp dries out and white scales are formed. Conversely, fatty scales are due to an increased in sebum production, which in some cases may be due to seborrheic dermatitis (3). 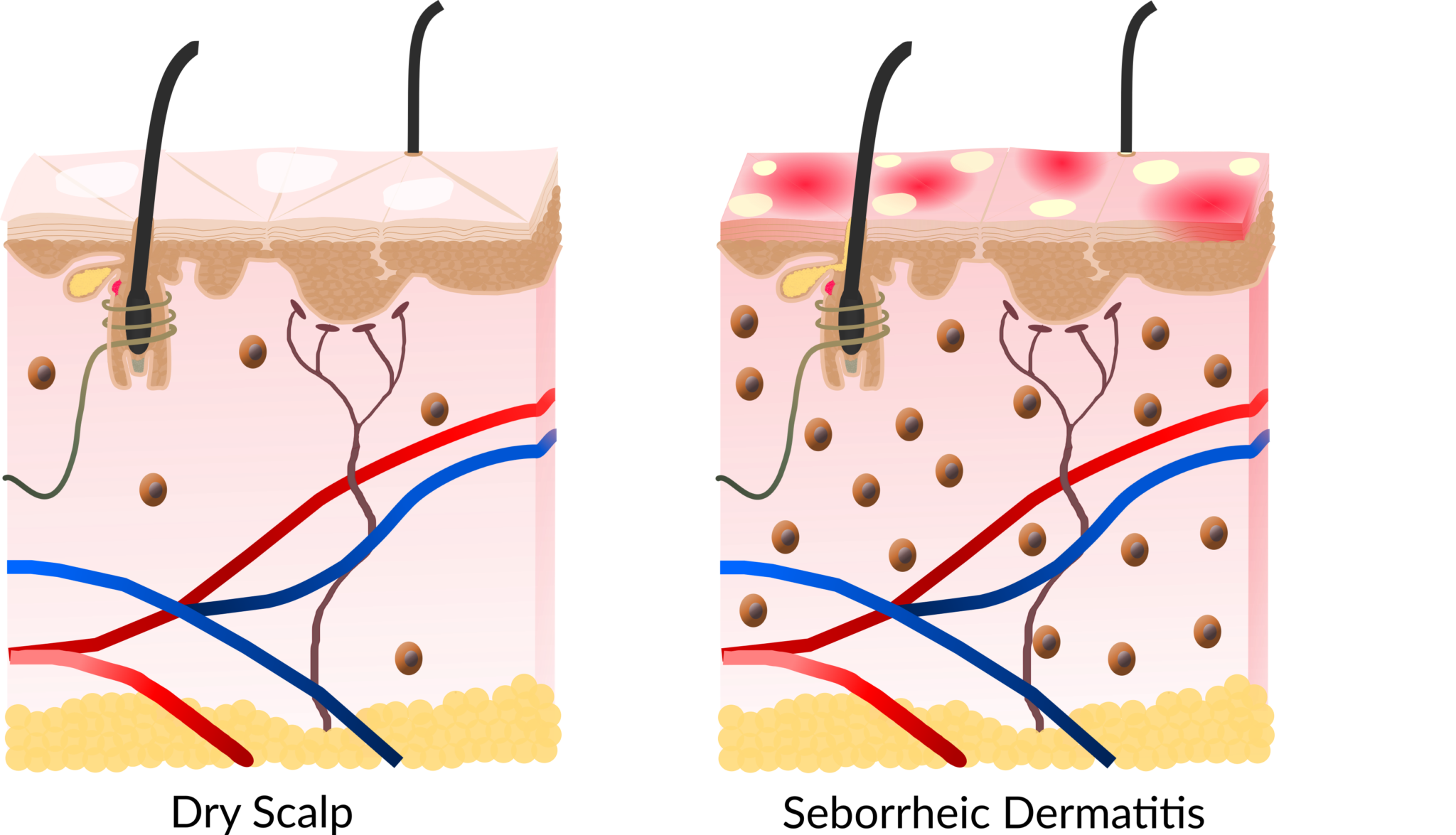 How to care for dry scalp

The scalp becomes irritated and flakes due to unsuitable products, during cold weather and in periods of stress. These scales are whitish and small. To avoid the formation of this type of dandruff, it is necessary to induce hydration of the scalp just as other parts of your body are moisturized with non-aggressive products.

There are several shampoo options that can be used to treat dry skin. These types of shampoos do not lose effectiveness over time, but it is important to follow the directions to increase their effectiveness. On the other hand, if dry scalp becomes itchy, which is an important feature of dry skin, additional treatment may be required (4). 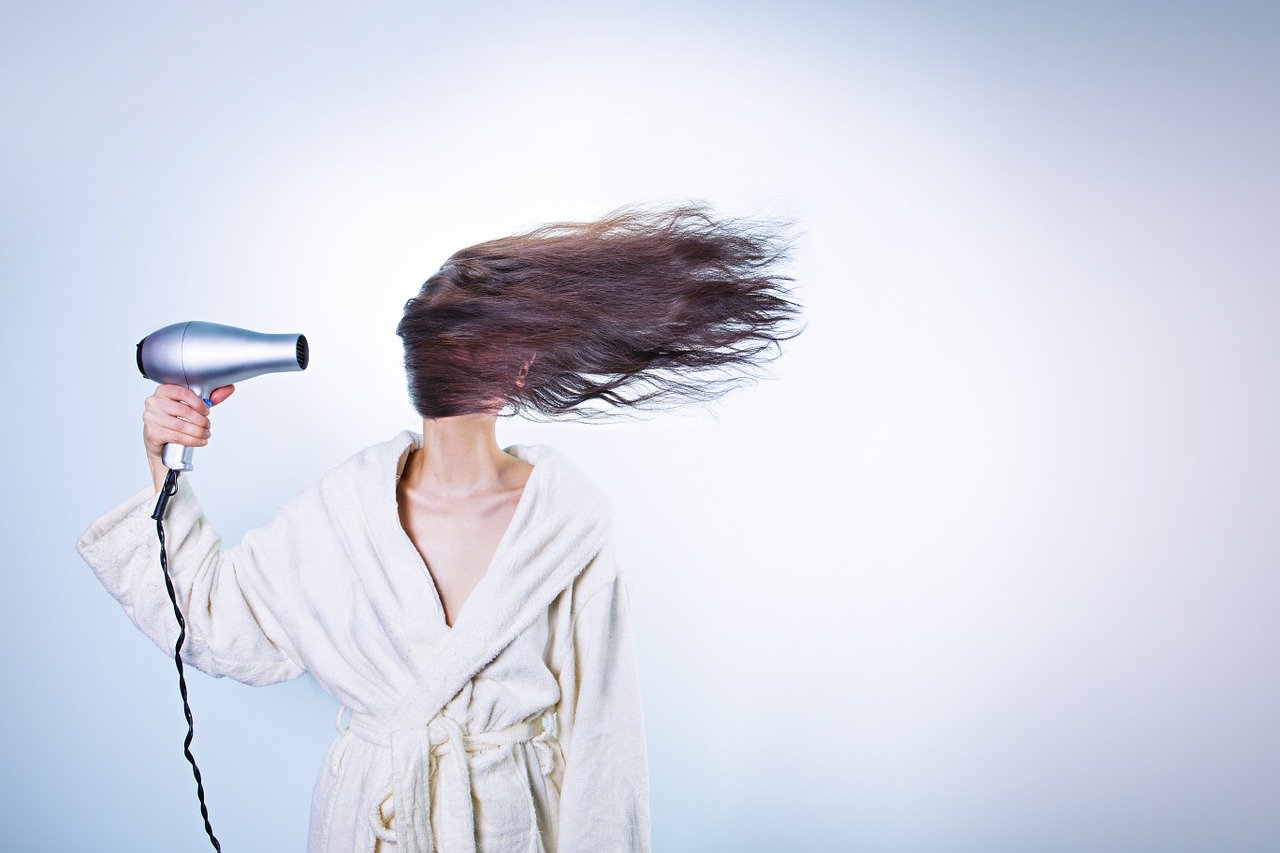 Image by Ryan McGuire from Pixabay

Seborrheic dermatitis manifests as itching, redness, irritation, oily skin, and yellow scales. Excessive sebum production from the hair follicle leads to the formation of dandruff and oily skin. Furthermore, the microbiota of the scalp is altered due to excessive colonization of Malassezia. As we have seen at the beginning of this post, this fungus is a normal component of the scalp microbiota, but in a skin with an increased fat production, its growth to invade the stratum corneum (outer layer of the scalp). There, Malassezia releases enzymes that increase the presence of free fatty acids, which favors the growing presence of the fungus causing inflammation and redness (4).

The scalp is the area of ​​the skin that most frequently manifests itching. In fact, the prevalence of capillary itch is estimated between 16 and 45%, according to various studies (1). The sensory neurons that are responsible for detecting and transmitting the itch are similar to those present in other areas of the skin.

Itchy hair is a sign that something is wrong with the scalp and it can be due to very diverse causes:

Itchiness involves excessive scratching that causes mechanical damage to the skin’s surface. By breaking the barrier function, allergens and invading microorganisms enter the skin and trigger the immune response. This is produced by the increase of immune cells in the skin that are releasing proinflammatory mediators, which are molecules that activate sensory neurons. These neurons increase their activity and, therefore, itching sensation and the need for scratching. What is known as the Itch-Scratch cycle (5).

The particular characteristics of the scalp and its multifactorial nature, complicates its management. Currently there are several types of products to reduce itching of the scalp; however, its efficacy is still limited (6).

To address scalp itchiness and the appearance of dandruff, at AntalGenics we have developed Capsisilence®, a new ingredient for hair care that reduces the activation of sensory neurons, delays the appearance of dandruff and reduces inflammation of the scalp . With this approach, we can effectively alleviate itching and reduce the most unpleasant signs of sensitive scalp.