What it is and how to take care of skin microbiome

Photo by CDC on Unsplash

The skin microbiota are the microorganisms that live on the skin, it is composed of bacteria, fungi and parasites (1).

The colonization of the skin by microorganisms begins at birth, this initial comes from the mother and has low diversity. The colonization process continues during the lactation period, being fundamental for the development of the immune system (2). In parallel, environmental microorganisms colonize specific areas of the skin and scalp, which translates in an almost symbiotic relationship between skin cells and microbiota during adulthood.

However, it must be borne in mind that the microbiota is specific to each individual and that its composition varies from person to person. In fact, the microbiota of the same person changes depending on the area of ​​the body. 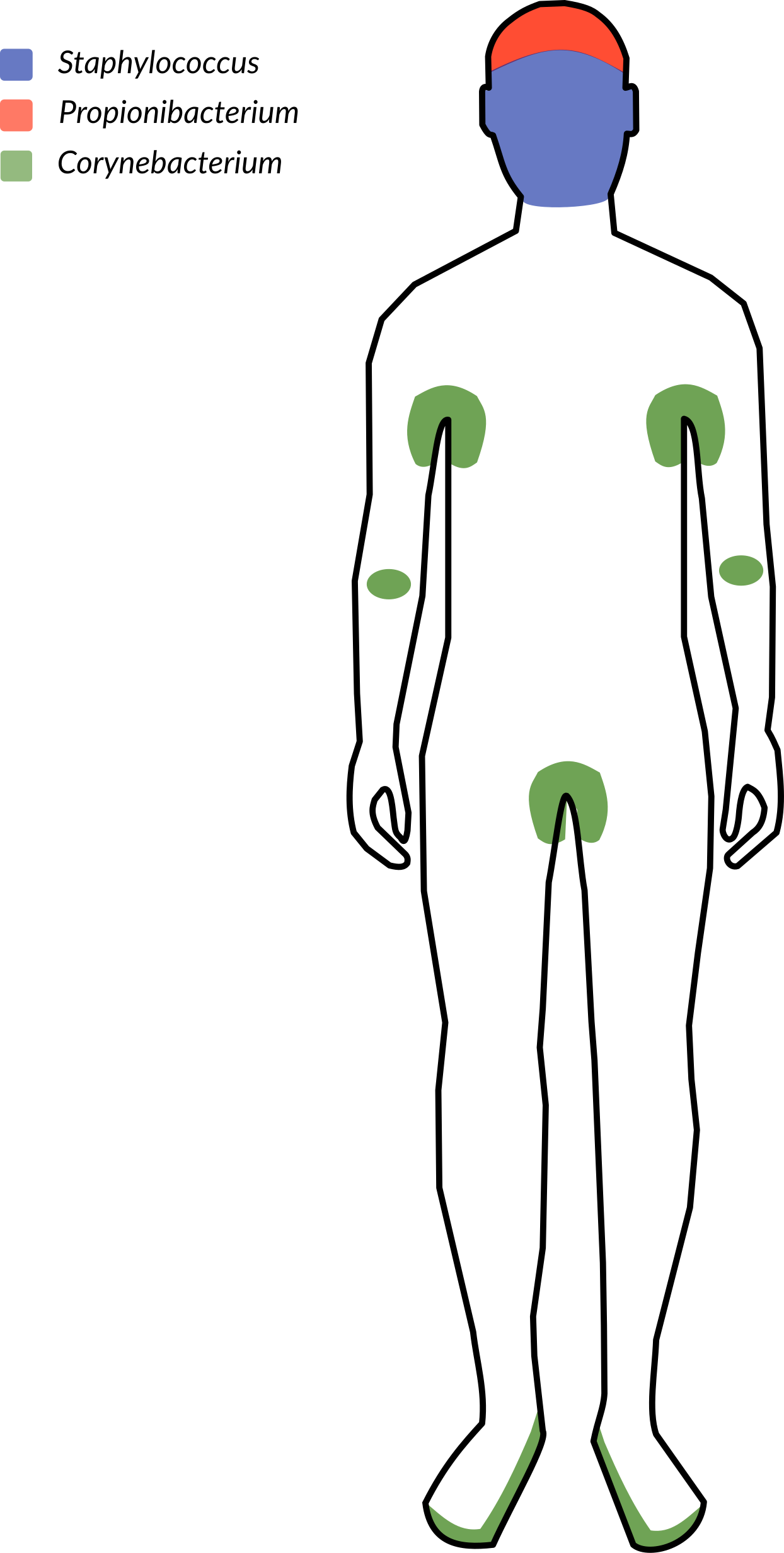 The microbiota changes with your skin

The skin microbiota in adults is mainly divided into two groups:

Under normal conditions, the balance between the different organisms in both groups means that neither of them is harmful to the health of the skin. However, in altered skin conditions, the resident flora changes and the balance between the different microorganisms is disrupted. This is known as dysbiosis of the microbiota and occurs in skin disease and altered skin conditions.

This is why knowing the composition of the dermal flora indicates its quality. Thus, we find that in skin diseases such as atopic dermatitis, psoriasis or rosacea, the populations of microorganisms that colonize the skin are different from those of a healthy skin.

Atopic dermatitis is an inflammatory skin disease with squamous lesions characterized by exudation and large areas of dry skin.

The bacteria that is most frequently associated with atopic dermatitis is Staphylococcus aureus. In an analysis of 95 studies based on culture methods, it was found that the prevalence of S. aureus in people with atopic dermatitis was 70% in dermal lesions, while in uninjured areas the percentage was similar (39%) to the percentage in the skin of healthy people. In fact, the colonization rate of S. aureus is related to the degree of severity of the disease (4).

The microbiota in psoriasis

Psoriasis, like atopic dermatitis, is a chronic and inflammatory skin disease. But in addition to the differences that we discussed in the previous post, the population of bacteria that we find in psoriatic skin is different from that of atopic skin.

Thus, it has been shown that the bacteria of the Firmicutes phylum (among them, the genus Staphylococcus) are the most abundant in psoriatic lesions, while the bacteria of the Actinobacteria phylum (Corynebacterium and Propionibacterium among others) are almost not found in these zones (5).

On the other hand, fungi also play an important role in the colonization of psoriatic skin. In a study carried out in the 80s, it was observed how the contact of fragments of the Malassezia ovalis fungus with uninjured skin areas of people who had psoriasis, caused the formation of psoriatic plaques (6). In fact, a later study determined that the amount of Malassezia ovalis present in the lesions is associated with an increase in the severity of psoriatic lesions (7).

Rosacea is also a chronic skin disease but it manifests mainly with erythema and redness, mostly on the face. Unlike atopic dermatitis and psoriasis, it does not have a defined microbiological profile, but the microbiota associated with rosacea varies according to age.

Thus, it has been seen that the severity of the disease increases with age and also with the decrease in the amount of the Cutibacterium acnes bacteria and with the increase in Snodgrassella alvi (8).

Photo by Romina Farías on Unsplash

The microbiome as a marker of skin quality

Not all bacteria that reside on our skin are harmful. In fact, the balance of the skin’s microbiota is a fundamental factor in maintaining the skin’s barrier function and improving its quality.

Therefore, to improve the health of our skin, it is essential to maintain proper hygiene and protect it from external aggressions, allowing us to maintain a correct balance of our microbiota.